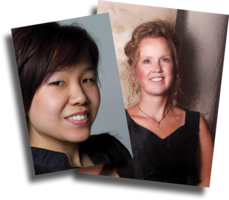 – a musical journey in the spirit of love and landscape! 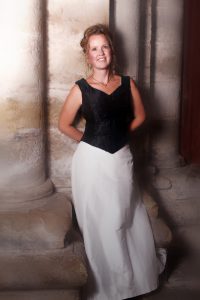 Soprano Pernilla Ingvarsdotter is a professional soloist with a Masters Degree from the University of Music in Sweden. She has completed her artistic training at the Operastudio 67 in Stockholm.
Since her graduation she has been touring throughout Sweden and Europe. She has been a member of the Swedish Radio Choir with tours to e. g. Japan, Switzerland, Germany and United States. As a sopranosoloist she has sang with a great many orchestras in Sweden, as well as on tour with Eric Ericson and the Swedish Radio Choir in the USA and Canada. On the tour with Eric Ericson she sang the demanding sopranosolo in Richard Strauss Deutsche Motette, with great success. She gave the premier performance of Naumanns Requiem with the Swedish Radio Symphony Orchestra in Berwaldhallen 2001.  Many performances have been broadcasted in Swedish Radio.

She has a light and beautiful coloratura timbre which makes her voice very desirable in baroquemusic as well as in recitals.
More about Pernilla: www.pernillaingvarsdotter.se 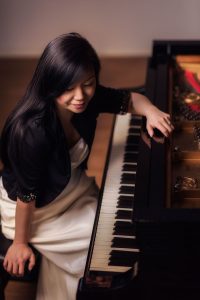 The Swedishborn concertpianist Ha-Young Sul has her roots in Korea and Japan. She works as a pianosoloist as well as accompanist and is also a member of several chambermusic ensembles.

She has had pianoworks dedicated to her directly from the composer, for instance the internationally renowned Swedish composer Rolf Martinsson.

Helena is also a devoted pianoteacher and is artistic director and founder of many projects e. g. Gothenburg Piano Festival.
She graduated from the Royal Danish conservatoire of music in Copenhagen, the Royal Academy of Music in London and Conservatoire du Musique de Genève in Switzerland where she got the highest grades in the soloistclass. She has performed as a soloist in Scandinavia, Europe, Israel, South Korea, China and United States of America a. o.

Her concerts have been broadcasted by Swedish Television, Radio Suisse and BBC.

Pernilla Ingvarsdotter; soprano and Helena Ha-Young Sul; concertpianist have been working together since 2009.
Duo Nordic evolved as a creative and genuine part of their careers.
They perform within Sweden as well as abroad. Aside from Duo Nordic their careers consist of soloperformances as well as members of different ensembles.
In Duo Nordic they mainly give recitals with Scandinavian music blended with great composers such as R. Strauss, F. Chopin, Liszt, Schumann and Rachmaninoff a. o.
Since 2012 they have anually been giving a Recital at “Göteborgsoperan”, the Opera House of Gothenburg.